In 1959, the European Productivity Agency of Co-operation (OEEC) initiated an international co-operative study on unstable substances. In 1961, the Organisation for Economic Co-operation and Development (OECD) approved the creation of an expert working group and this group (now IGUS) first met in Paris on 8 and 9 May 1962. 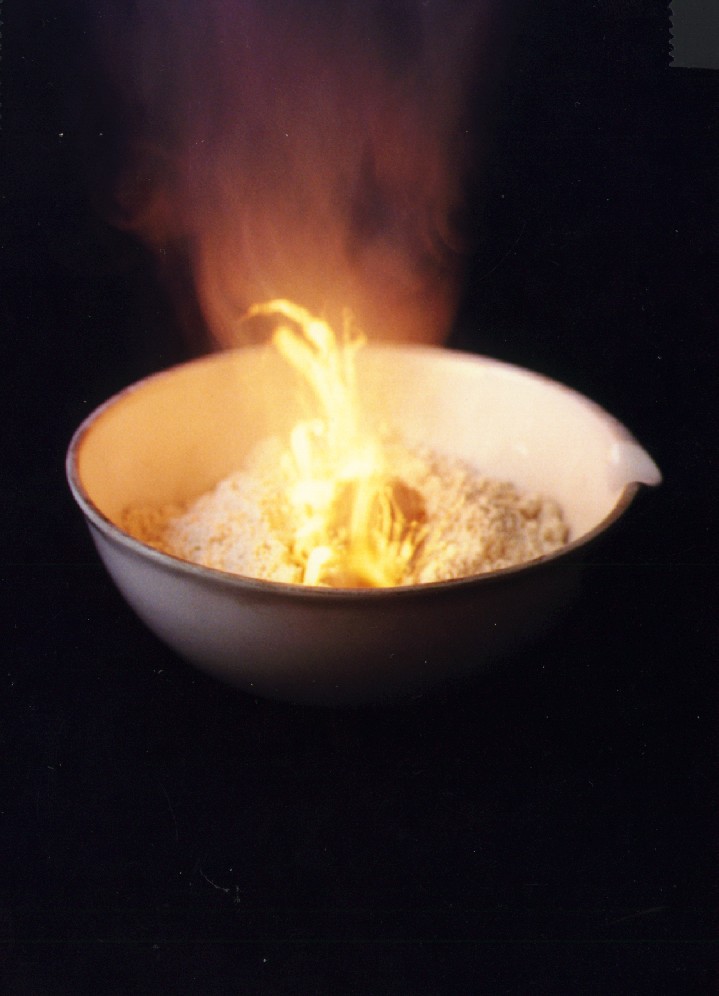 Within IGUS, considerable discussions have occurred on topics like rationalisation of test methods since its first meeting in 1962. The first major collaborative exercise occurred in 1965 when seven member countries (Belgium, Canada, Germany, France, the Netherlands, the United Kingdom and the USA) tested 32 reference energetic materials by their national test methods, then pooled and compared results. This was the first major initiative in establishing the basis for internationally harmonised testing of energetic or explosive materials. This initiative set the scene for ongoing discussions as well as laboratory co-operation, aimed at harmonising the philosophies and test regimes employed by the various national laboratories. Harmonisation has moved forwards substantially since then with classification schemes being developed by the United Nations and various modal regulations now being aligned in respect to transport. Global harmonisation with other classification schemes for safety in handling of materials (e.g. the EU notification procedure) is now the goal. After the 1992 'Earth Summit' in Rio de Janeiro, IGUS also made a significant contribution to the global harmonisation of the classification and labelling of chemicals.

At its 25th anniversary in 1987, the activities covered by IGUS were represented by working groups on:
- Sensitivity and Propagation,
- Fertilisers and Commercial Explosives,
- Organic Peroxides,
- Nitrocellulose and other Hazardous Substances,
- Unconfined Explosions and Blast Effects.
The name of the latter working group was later changed into 'Hazards and Mitigation of Industrial Explosions'.
In 1990, the 'Organic Peroxides' and 'Nitrocellulose and other Hazardous Substances' working groups merged into one working group: 'Energetic and Oxidising Substances' (EOS). In 1994, the 'Sensitivity and Propagation' and 'Fertilisers and Commercial Explosives' also merged and formed the 'Explosives, Propellants and Pyrotechnics' (EPP) working group.
At the 2001 plenary meeting, it was decided to discontinue the activities of the 'Hazards and Mitigation of Industrial Explosions' working group.

Since 2005, IGUS no longer operates under the formal umbrella of OECD. However, IGUS continues to operate according to the same principles as it did before and offers its members an independent discussion forum.

Over the years, much unpublished support and advancement of the 'tests and criteria' aims of the international legislators occurred. IGUS is ideal for deliberations and argument on the fine detail of test methods, which would encumber the various international regulating bodies in the plenary sessions.

Some IGUS members attend international meetings (UN, EU, CEN, etc.) as technical advisers to their national delegation, and thus have direct contact with the various international working groups on dangerous goods. Also, members have links with other international bodies: the International Pyrotechnics Society, EXTEST and NORDTEST when they were operational, certain NATO explosives advisory bodies, to name a few. Consequently, IGUS has influenced technical considerations underpinning international recommedations and legislation concerning the testing, classification, packaging and labeling of dangerous goods. It has made direct submissions to the UN Committee of Experts on the Transport of Dangerous Goods, dealing with the 'Orange Book' and the 'Manual of Tests and Criteria' - which are assimilated into legislation by various bodies: those controlling international carriage by sea (IMO) and air (ICAO), the European road, rail, and inland waterways regulations, the EU ammonium nitrate directive and the EU 'user directives' for dangerous substances.